Free consult/Gregory Therapy
to discuss your issue(s)
confidentially in a Zoom
Face To Face meeting.

"Hi Thank you for visiting.
You are Welcome to stay and browse "About Gregory"

"Other pages to visit are in the Menu.
If you need any help I am just a click away."

"1967 Opened my first Hypnotherapy Clinic in Randwick Sydney and was booked solid for months."

Gregory is an "old school" Hypnotist Hypnotherapist with modern ideas based in Sunnybank Hills Brisbane Australia.

He has carried out thousands of consultations with individuals and even performed a televised mass hypnosis to quit smoking session at the St. James Playhouse in Sydney.

"Why I Can Help YOU Too"

Began learning and using Hypnosis from 12 years of age in 1957.

After my father took me to see The Great Franquin".

Early sixties:
Professional Musician.
Studied and became an expert in ancient Mysticism and Metaphysical subjects.
Studied and applied the Chinese I Ching and Color Personality Testing. 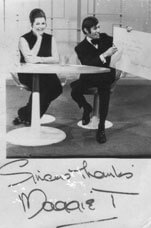 Gregory on TV with Maggie Tabberer in 1967

Tonight Shows such as Joe Martin, guest appearances on Grundy Television shows and Hypnotised many TV personalities of the day.

"Over 1000 people came to see me in one day."
The real belief in the power of Hypnotism to help smokers came when he hypnotised over 1000 people to quit smoking at the St James Playhouse in Sydney one Tuesday afternoon.
"My Mass Hypnosis Session was televised." 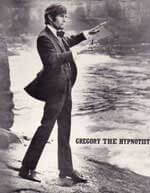 Many people stopped smoking at that event.

The whole Mass Hypnosis Session was televised on all the News Channels and "This Day Tonight" with Bill Peach on the ABC.

My phone began to ring and didn't stop for weeks.

1967 Opened his first Hypnotherapy Clinic In Randwick Sydney and was booked solid for months. 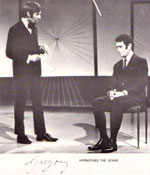 Gregory on TV's most popular show in 1968 performing as "Gregory the Hypnotist" on television stations around Australia.

From 1969 onwards Conducted various self - development and personal improvement seminars and courses in Australia.

Attended the first ever "Mind Dynamics Institute" course of about 200 people in Australia with the founder Alexander Everett from San Francisco.
Alexander Everett had worked with Jose Silva and helped create "The Silva Method" of "Mind Control" earlier in his career.

"Alexander appointed me as General Manager for Australia and head Instructor partly because of my hypnotic background."
Werner Erhard (who later founded EST and "Landmark Forum") made his start here too.

Created and Co - Produced his own weekly Television show on Real Estate called "Home Affair", on Channel 10 Sydney.
Later did thousands of individual consultations around Australia and overseas.

"In1978 my life turned into a completely different direction when I came across Prem Rawat.
"I began an inward journey of self discovery and meditation after being shown, what was for me, the path to inner peace and happiness inside myself." 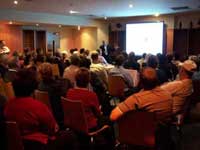 From 2004 moved the Hypnotherapy Practice from the Gold Coast to Sunnybank Hills in Brisbane.

Summary: "I've been using Hypnosis, "conversational hypnosis", "waking hypnosis" and techniques similar to NLP and other Hypnotic methods, long before the terms were used, since my early days at school in 1957. 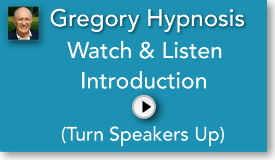 Consultations are private and confidential. Either in person phone or Zoom all over the World.

Our follow up FREE back up and support audios and videos will keep you motivated and on track for continued success after your visits.
Sometimes we just need a reminder so you will receive these FREE audios and FREE videos after your first Live Session.
Spreading them out over a few weeks gives you wonderful follow up.

No guarantees and Results vary

Gregory is your Go To person for anything troubling you.

Provides Face to face one on one and also recorded Hypnosis Sessions, Online Group over Zoom or even phone.

If you need help and are keen and reliable to pursue the changes you want it is likely Gregory would be able to see you.